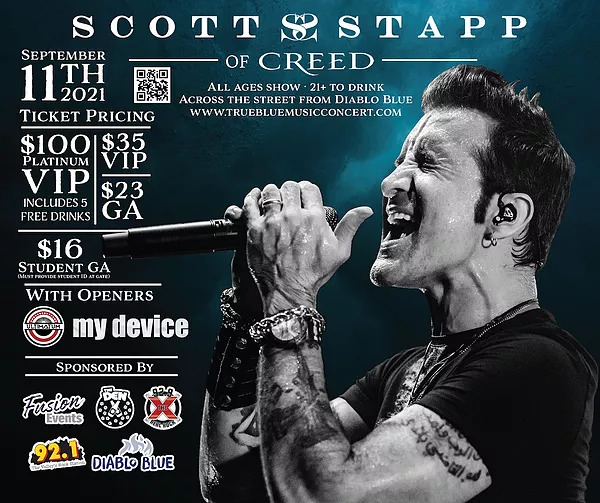 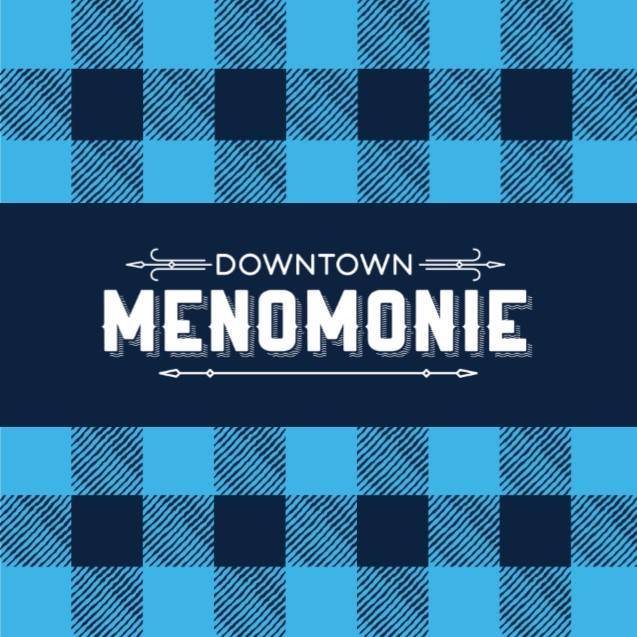 Help us celebrate Menomonie and raise money for Downtown
Menomonie Inc. With a capacity of 3500 people this event
will draw crowds of all ages.

This event will benefit a great organization and chance to enjoy live music in the heart of Menomonie.

ABOUT
Scott Stapp
Grammy-winning songwriter, solo artist, and Creed frontman, Scott Stapp’s 1st album in six years, THE SPACE BETWEEN THE SHADOWS is a driving, propulsive celebration of overcoming that debuted in the Top 5 and Top 10 on album charts in the U.S. and UK. “When you’re looking down a dark tunnel, everything is shadow. But taking one day at a time, you start to see the space between the shadows; the light, and the color. The world takes shape in a whole new way.” After five years of sobriety, Stapp created an album that makes peace, offers solace, expresses frustrations, hope, wins, and losses in healthy, powerful ways. The album’s first single, “Purpose For Pain,” is appropriately about finding meaning in darkness, returned Stapp to the radio charts last summer. “Everyone goes through dark times and that pain is real. I think it helps to believe we’ll come to know the purpose for that pain, the lessons learned in enduring, and who that pain can help us become.” Scott Stapp’s fighting spirit is well documented. He endured childhood trauma, fled home as a teen, supported himself, formed a band. Against the odds, Creed burst into popular consciousness in 1997 with MY OWN PRISON and would dominate rock radio throughout the early 2000s. Followed by the Diamond-certified HUMAN CLAY (1999), WEATHERED (2002), and FULL CIRCLE (2009), Creed sold over 50 million albums, broke airplay records, sold-out arenas, and won a Grammy for “ With Arms Wide Open.” As a solo artist, Stapp released PROOF OF LIFE (2013) and THE GREAT DIVIDE (2005). Rolling Stone wrote Stapp is “a singer with an enormous emotional range and a composer of startling originality.” Yet, despite his success, the unresolved traumas of his past, depression, and addiction began to overshadow his gifts. Stapp’s health deteriorated and his personal and professional relationships were in jeopardy. After an excruciating public struggle and decline, an intervention from family, MusiCares, and other artists led him to the resources needed to overcome, now five years and counting. But the journey was never easy. “There are failures before there’s success,” says Scott. “but every day you renew your commitments. In learning that I was ill, not ‘weak,’ I regained control of my life. I can’t overstate the benefit of being understood – the shift in how we speak about mental health now is a blessing. I’ve definitely gained a perspective that lets me help people a few steps behind me on this path.” As recovery reshaped his perspective, Scott and his wife of fourteen years, Jaclyn, moved with their three children to Nashville, TN. There, Scott found a haven for his family in a community that nurtures creativity and is renowned for turning sad stories into amazing music.

Downton Menomonie is a non-profit, charitable organization
that works together with downtown property owners and business
owners to build a strong and vibrant downtown commercial
district. We recognize that small businesses are the heart of
downtown, and they thrive with ongoing resources for networking
and support. We strive to provide those resources and to preserve
the heritage of our historic downtown for the next generation.
A clean, well-maintained downtown attracts quality businesses,
organizations, and residents to the community.