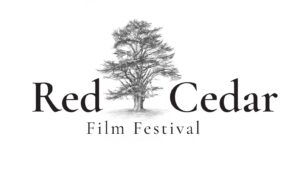 FILMMAKER VIP PASS: $0
One Filmmaker/VIP pass included per accepted film entry.
Festival Theater and Screening Venues
Film screenings will be held at venues within a short walk of each other in the heart of downtown Menomonie.
MABEL TAINTER CENTER FOR THE ARTS

There is rich history in performing arts and film in Menomonie, Wisconsin. TheMabel Tainter Center for The Artswas built in 1889 and has since been a destination fortheater, music and film. This well-preserved theater will be the showcase for featured films during the Red Cedar Film Festival.
WILSON PARK BAND SHELL

The Wilson Park hosts a wide variety of activities, most popular is the farmers market held under the new wood framed pavilion. Next to the pavilion that hosts theLudington Guard Band which is theoldest continually operating band in Wisconsin.
THE BEAUTY OF THE RED CEDAR REGION
The Red Cedar River and Watershed is an area of natural beauty, scenic trails and bustling communities. Menomonie is home to theUniversity of Wisconsin- Stout ( https://www.uwstout.edu/ ), alively downtown and an abundance of outdoor recreational opportunities ( http://www.exploremenomonie.com/ ).
Be a part of the celebration of film in the Red Cedar region by taking part in submitting films for the Festival or as a supporter by attending the Red Cedar Film Festival. All of these options will prove to bring value and enrichment for film makers and enthusiasts.